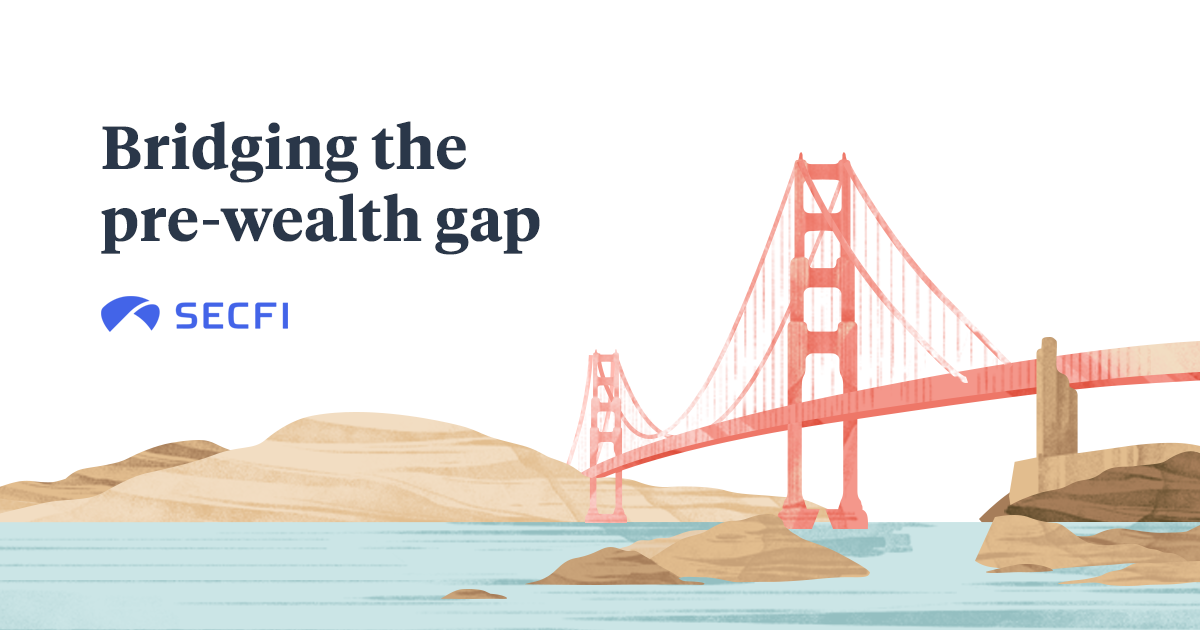 In Silicon Valley and beyond, people are flocking to join fast-growing tech firms, wooed by the opportunity to claim a piece of the “unicorn” and compensation packages that are staked to stock options and the promise of future wealth.

It’s easy to see the appeal, of course. After all, who wouldn’t want to get in on the ground floor of the next Google or own a slice of the new Slack, safe in the knowledge that their hard work will be rewarded when the company finally goes public?

Perhaps that’s why 87% of respondents to a recent survey performed by Schwab stated that equity was a crucial benefit of their job, or why 53% of people under the age of 38 admitted that it was the primary reason for them accepting a role in the first place.

The desire to own a piece of the pie is understandable, and the end result shows up in these peoples’ salaries. At Secfi for example, our customers earn on average $300,000 a year, yet own equity that totals $3.9 million, roughly 13 times that figure.

This is what we call the pre-wealth gap, and unfortunately for many startup employees, it’s getting wider.

Why the pre-wealth gap is getting wider

Today’s companies are staying private for longer. The average time it took for US companies to go public in 1999 was just four years, according to research from University of Florida professor Jay Ritter. By 2014, that figure had ballooned to 11 years and the growing gap shows no sign of slowing down any time soon.

This has resulted in a massive accumulation of illiquid wealth by startup employees and founders, a chunk of cash that amounts to some $200 billion according to estimates. The issue for many of the people holding this wealth is how to access it.

Not only is it out of arm’s reach, it is also incredibly difficult to leverage. At best, this means that pre-wealth startup employees have to wait a long time before they can access potentially life-changing sums of money. At worst, it could mean that they miss out on it altogether.

The problem lies in how this wealth is held. Most of the $200 billion employees own in fast-growing US “unicorns” comes in the form of stock options, a financial instrument that gives you the right to purchase a piece of the company for which you work.

The purpose of these stock options is to someday make you money, but having options is not the same as owning a piece of the company. Instead, they grant you the right to purchase a share of a company at a certain price.

But here’s the thing, options can be overwhelming. And that means that many employees simply don’t understand how much the options they hold (or are being offered as part of a compensation package) are worth.

Even if they do have an idea of the value that they hold, there are major challenges that could prevent them from realizing their value. The first is that your right to purchase stock in the startup you work for can expire — on average after 90 days — if you decide to leave that company before it exits, by going public or being acquired. The other issue is that exercising these options can leave you facing a significant tax bill, something that could dramatically impact the value of your equity or even mean that you end up losing out on it entirely.

This is a very real problem for those start-up employees who are currently caught in the pre-wealth gap. In fact, according to Schwab, 76% of employees don’t exercise their options, with almost half (48%) admitting that they have been put off for fear of making a financial mistake. The end result is that employees simply don’t exercise their options, leaving millions of dollars of equity on the table in the process.

It’s this exact situation I faced when I left a startup that I had joined as employee number four, and was forced to wave goodbye to the equity I had banked on.

My experience is not unique, however. In fact, it’s surprisingly common in Silicon Valley and the wider startup community. Which brings us to what we’re building at Secfi. Built on the back of my own experience, we can help with valuable advice and financial support to help make your company’s success also become yours.

Planning for your stock options should start from the moment you receive your offer letter. You should understand the tax implications of the various types of stock options you receive. Once you do, you should develop an exercise plan with a licensed professional over the course of your employment at the company. You need to understand the risks and benefits involved in doing so, and weigh the pros and cons of early exercising. At the end of the day, doing nothing is also a decision, and you need to understand the costs and consequences of doing so.

By understanding what you have and the options available to you, you can start bridging the gap of pre-wealth and access the life-changing money that you deserve.