The history of employee stock options 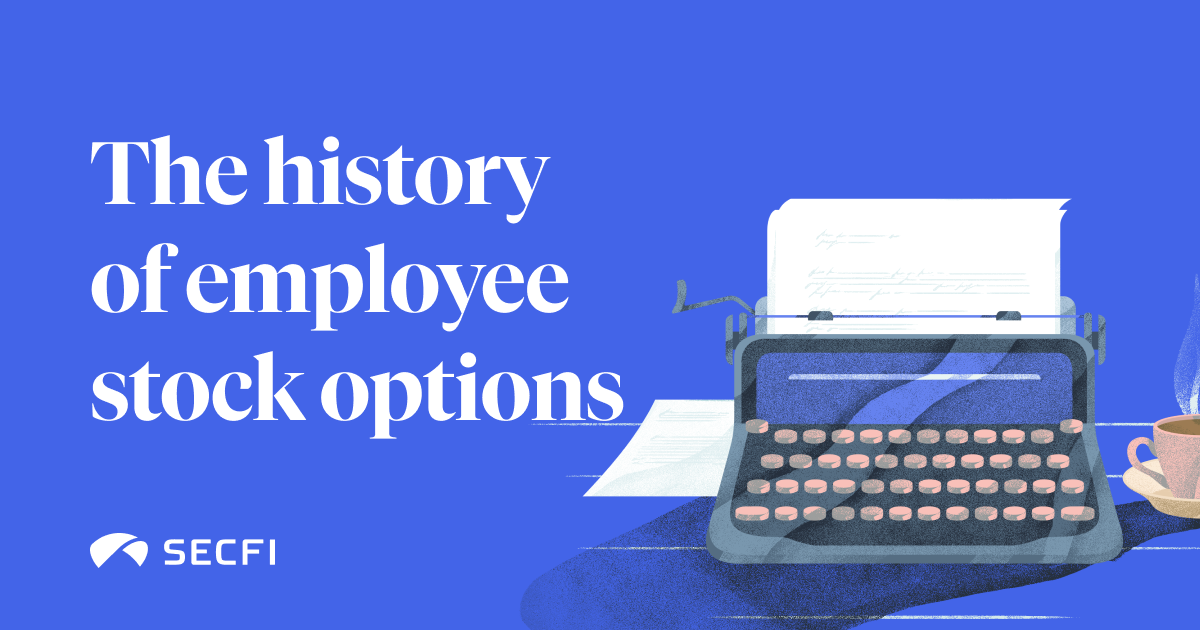 They’ve been outlawed and brought back from the dead. At virtually every step in their 70-year history, stock options have been the subject of intense political lobbying, by their backers and their critics.

Early in their history, America’s wealthiest executives used stock options as a clever tax shelter. More recently, America’s wealthiest executives used clever accounting tricks to inflate the value of their stock options — a far-reaching scandal that cost shareholders billions and implicated some of the country’s biggest corporations. The scandal sent executives to prison, and even prompted the CEO of a billion-dollar tech company to flee the U.S.

So how did we get here?

The history of employee stock options begins in 1950. America had emerged from World War II and was entering a period of incredible economic activity. The country’s wealthiest people — earning the equivalent of around $2.2 million per year today — faced income taxes that were as high as 91 percent.

Stock options had technically existed before 1950, but were rarely used because they were taxed as ordinary income, according to a 2007 study published in the Journal of Economic History. In 1950, lawmakers passed the 1950 Revenue Act, which included a provision that allowed executives to sell stock options at the much lower capital gains rate of 25 percent.

Throughout the 1950s and 1960s, stock options were still largely restricted to a company’s top leaders, a fact that rankled the earliest engineers in Silicon Valley.

In 1957, a group of eight engineers quit their jobs and launched the startup that would become Fairchild Semiconductor, a Silicon Valley-based computer chip company that grew so fast, it entered the 1960s with 12,000 employees and $130 million in annual revenue.

As the story goes, the founders of Fairchild Semiconductor became millionaires from their stock options, and wanted to share stock with their employees, but were prevented from doing so by their parent company, New York-based Fairchild Camera and Instrument, who believed stock options should be reserved for executives.

In later retrospectives, the founders of Fairchild Semiconductor described this split as one of the earliest fundamental differences between East Coast and West Coast business thinking at the time.

Each of the eight Fairchild founders gradually peeled off and launched their own companies — collectively known in Silicon Valley as the “Fairchildren.” In 1968, the last two remaining Fairchild founders, Gordon Moore and Robert Noyce, quit to launch Intel, baking employee stock options into the new startup’s corporate DNA.

By the 1960s, stock options were found in more than 50 percent of executive compensation packages, but had still not trickled down to middle managers and ordinary employees for most of corporate America.

Not so on the West Coast, where the promise of employee stock options drew engineers to Silicon Valley from other early tech centers, like Boston, New York, and New Jersey.

In 1969, fearing that stock options had become a clever way for wealthy executives to avoid paying their fair share of income taxes, federal lawmakers adopted the alternative minimum tax, or AMT, in hopes of forcing the country’s wealthiest people to pay some taxes, despite their use of tax shelters.

In 1972, the accounting industry’s Financial Accounting Standards Board (FASB) issued APB 25, which allowed companies to avoid recording stock options as an executive compensation expense on their income statements, as long as the options were granted at a price equivalent to the fair market value of the company’s stock on the day they were granted. This decision inadvertently sparked the stock options backdating scandal that would ensnare some of the country’s top corporations 30 years later.

In 1981, Ronald Reagan swept into the White House on the promise of dramatically cutting taxes. That year, Reagan’s Economic Recovery and Tax Act restored qualified stock options, now renamed incentive stock options (ISOs) and again taxed their profits at the long-term capital gains rate. Reagan cut the top personal income tax rate to 50 percent in 1981, and lowered it to 28 percent by 1986.

In 1993, the FASB, working under orders from the Security and Exchange Commission, set out to reign in stock options again, by requiring companies to report their value on their balance sheets. That decision faced intense protest from Silicon Valley’s engineers and the American Electronics Association, who argued that the new regulations would kill stock options, and halt the pace of technology innovation.

By 1995, the FASB walked back its earlier decision, and instead encouraged companies to disclose their estimated stock options expense in a footnote in their income statements.

Early tech giant Qualcomm went public in 1991 at a split-adjusted price of $2 per share. By the end of the decade, shares were trading at $176. The dot-com bubble created an estimated $10 trillion in wealth between 1994 and 1999.

The bubble pops, and sends millions of stock options underwater

When the bubble popped in March 2000, many people found themselves on the hook for massive tax bills due to underwater stock options.

But Cisco shares cratered in 2000, and by April 2001, were hovering around $17 per share, not enough to cover the engineer’s tax bill. He estimated he’d have to sell everything he owned, including his townhouse and 401(k), to get close to paying his back taxes.

Chou and others holding underwater stock options lobbied Congress for help, which came in 2008’s bailout package, which wiped out $2.3 billion in back taxes the group owed following the dot-com collapse.

A brief history of the stock options backdating scandal

Quietly, throughout the dot-com boom and bust, executives at hundreds of major companies conspired with accountants to enrich themselves using stock options backdating — a practice where they would retroactively change the grant date on their options, picking a date in the past when the company’s shares happened to be low.

For example, they might have originally been granted their shares on June 1, 2000, when the company’s stock was trading at $50 per share. Later, they’d change the grant date to a different date, say January 17, 2000, when shares were trading at $25. Now, when they’d sell their shares at current market value, say, $55 per share, they’d earn a profit of $30 per share, rather than $5.

A researcher studying stock option grant dates uncovered this pattern, and published his findings in 2005. By 2006, federal prosecutors had identified more than 130 companies they alleged had engaged in stock options backdating. That led to the firings or resignations of more than 50 executives.

One executive, former Comverse CEO Kobi Alexander, spent nearly two months on the run in 2006, before being arrested by Interpol in Namibia. Alexander was ultimately sentenced to 30 months in prison and ordered to surrender a $46 million bank account.

Ultimately, the same researcher found that about 29 percent of publicly traded American companies had engaged in stock options backdating from 1996 to 2005.

Fast forward to today and beyond

Today, employee stock options have retaken their place in pop culture as one of the driving forces in Silicon Valley’s economy. Every day, people who get in on the ground floor at promising startups enjoy multimillion-dollar outcomes when their company eventually exits. In Silicon Valley, stock option success stories abound with the lightest of prodding.

The critical conversation around stock options has increasingly shifted to questions of whether people can afford the cost of exercising their options, particularly amid the growth of mega-rounds of investment capital designed to keep unicorn startups private for 10 years or longer.

The average tech worker spends just 2 years at a startup before joining another. The stock options they exercised early in the startup’s history might not see a liquidity event for 8 years, if at all. As a result, tech workers routinely walk away from billions of dollars in unexercised stock options every year.

Despite their long, winding history, employee stock options remain one of the biggest drivers of startup innovation. They’ve created life-changing outcomes for people who take a gamble on a startup, and work as hard as possible to even the odds — in the process, building the cornerstones of the next great multinational corporation.

Sign up if you’d like to better understand your stock options, explore tax implications, or Secfi’s non-recourse financing.