Why exercising your stock options gets more expensive over time 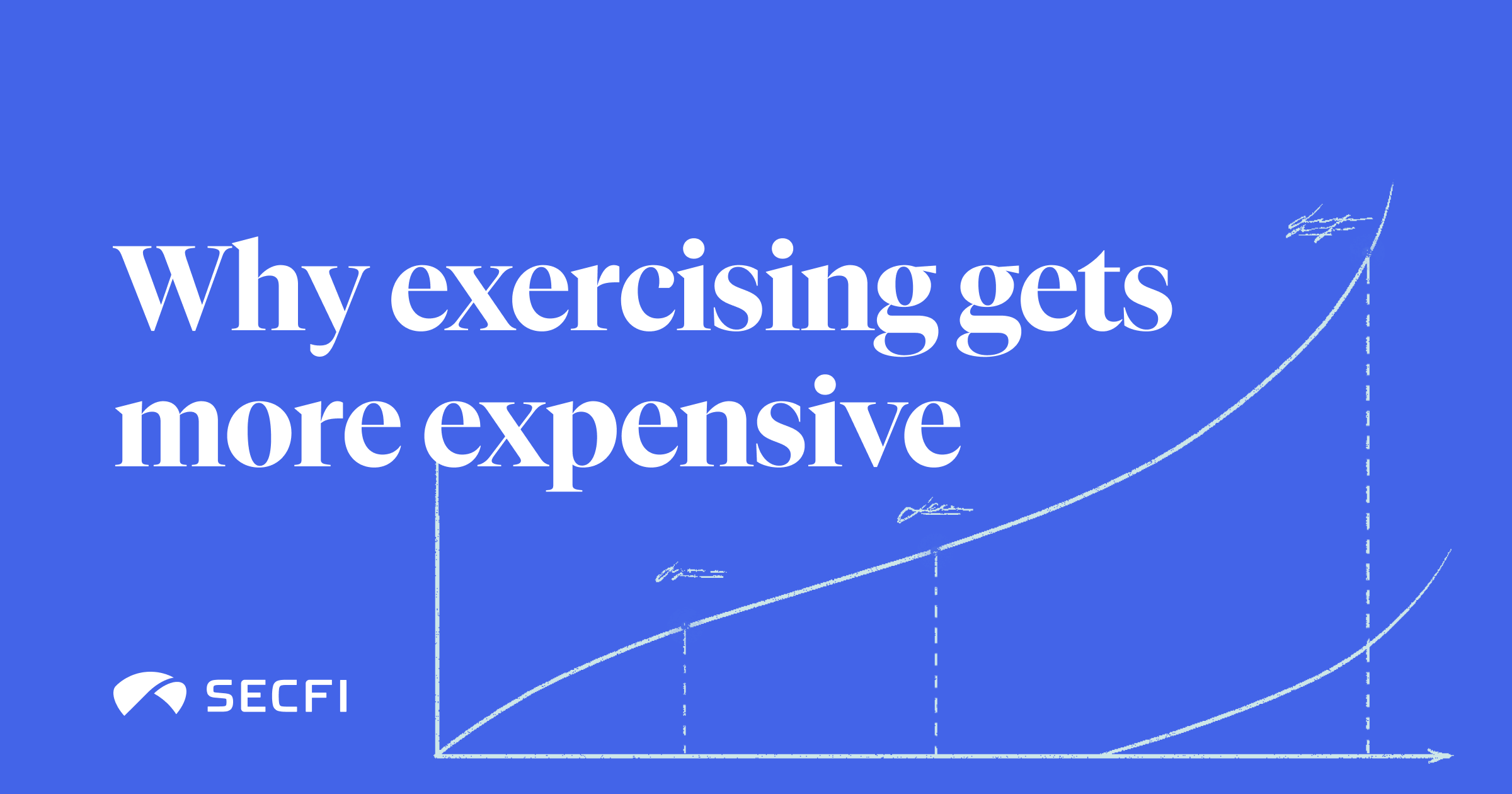 How much will it cost to exercise your stock options? The answer may seem pretty straightforward: Take the number of options you want to exercise and multiply it by your strike price. Not so fast.

Anytime you exercise stock options, you may owe taxes. And things can get very complex, quickly. Your tax bill is usually based on the difference between your strike price and how much your company is worth per share, which is based on the most recent 409A valuation (also known as the fair market value).

If you join a startup early enough, it’s likely your strike price will be close to the current 409A valuation. As the company becomes more successful, however, the 409A valuation will increase. That’s because the company is now more valuable — which is great news.

But the more valuable your company gets, the bigger your tax bill gets alongside it. And many employees are shocked to see it’s now more expensive to exercise their options.

Let’s walk through when and why it gets more expensive to exercise your options. To begin, we’ll take a closer look at strike prices and 409A valuations which are the keys to determining your taxes when exercising.‍

The strike price is how much you’ll pay to purchase one share of your company when you exercise a stock option.

And the later you join a startup, or if you receive another grant later, it’s likely the strike price will be higher.

Your strike price also never changes. It doesn't matter if you exercise right away, one year later, or ten years later — the strike price for all options from the same grant will remain the same.  ‍

A 409A valuation (also called fair market value or simply 409A) is an appraisal of the value of a company’s common shares for tax purposes. The name comes from the related section of the US tax code.

Every company that offers equity to its employees is required by the tax code to get a 409A valuation. Re-valuations are required at least every 12 months or whenever there is a material event (such as a new funding round) that may impact the company’s valuation.

Generally speaking, as your company grows more successful, the 409A valuation increases.

The 409A valuation is determined by an independent provider using one of several approaches. They may analyze comparable private and public companies, analyze the company’s free cash flow or take the company’s tangible and intangible assets as the basis for their valuation.

Why does exercising get more expensive?‍

If the current 409A valuation of your company’s shares is higher than your strike price, you’ll owe taxes when you exercise your stock options. The bigger the difference, the more you’ll owe. So, while an increasing 409A valuation is a good sign for the company, it increases your tax bill if you haven’t exercised.

Here's how it works:

How much you're taxed depends on whether you have NSOs or ISOs. For NSOs, you’ll pay the ordinary income tax rate. For ISOs, you’ll likely end up paying the alternative minimum tax (AMT), though it’s possible you could avoid triggering it.

Exercise tax bills can become pretty extreme, climbing to reach as much as 10X higher than the strike price you pay to actually buy the shares.

Plus, startup valuations can skyrocket quickly. Some companies have reached unicorn status ($1 billion valuations) within three years of founding — achieved by Pinterest, Snapchat and Square.

When should you exercise your options?‍

The general rule of thumb is: if you believe your company will continue to grow and have a great exit (IPO or get acquired), the earlier you exercise is usually best. That’s because you’ll pay less when exercising and start the clock on long-term capital gains (another tax you pay when selling shares) so you can realize more profit when you sell them. But here are some other factors to consider.

409A valuations play a big role in the cost of exercising your options, so they’re an important consideration for timing.

You can start by finding out your company’s current 409A valuation. This number is likely available on your equity management platform (Shareworks or Carta, for example).

What about forthcoming 409A re-valuations that could bump up your exercise tax bill? Hopefully, your company will proactively tell you when a re-valuation is on the horizon — either the annually scheduled update or a re-valuation due to another trigger event, like an upcoming funding round.

That said, if you’re thinking about exercising, it’s a good idea to ask your company about the timing of 409A valuations. Note, however, that they can never be 100% sure of timing because a material event may happen unexpectedly.

Ultimately, choosing whether and when to exercise your options is an important decision with many moving parts to consider. Our full guide to exercising includes useful information that can help you make the call with confidence.‍

Sign up for free to get full access to our tools and see how much it could cost to exercise your options. If exercising your options creates a tax bill you can’t afford, Secfi can help cover the costs. Learn more here.