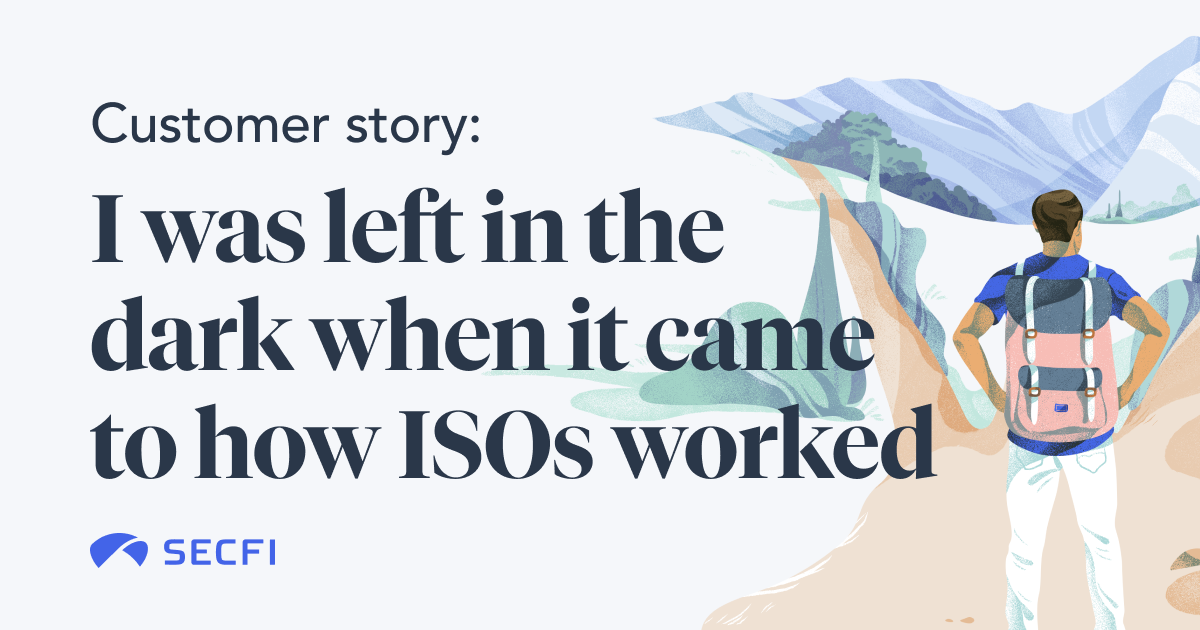 Like a lot of startup employees, Victor found he had to educate himself on how his incentive stock options (ISOs) worked — his employers couldn’t legally provide him financial advice, and his coworkers were just as much in the dark as he was.

At one point, while working at a successful pre-IPO company, he found himself building a chart that modeled out multiple scenarios for his stock options, in hopes of answering questions like:

Victor knew that each scenario he had modeled out had the potential to result in dramatically different outcomes — higher taxes, lost upside, or unacceptably high financial risk. Looming over the entire equation was the possibility, however slim, that the company might fail, or its exit might stretch out for an indeterminate amount of time.

He knew the reward but also the risk to get it

His challenge? He had saved enough money to buy his ISOs with cash, but their cost was so high that it was “possible, but not comfortable,” he said.

Buying his stock options with cash was a straightforward transaction, but he was wary about tying up so much personal capital in a single asset. He ruled out other financing options, because they also carried too much financial risk.

Ultimately, he decided to apply for non-recourse financing from Secfi.

Secfi covered the cost of exercising Victor’s pre-IPO stock options. Unlike a traditional loan, Secfi would assume all the downside risk — if the company fails to exit, Victor doesn’t have to pay Secfi back. If the company successfully exits, in the form of an acquisition or an initial public offering, Secfi would take a portion of the profits.

“I’m reasonably conservative; I try to keep my personal finances safe,” Victor said. Secfi “felt like the safest option. There is upside, maybe a little less than the other possibility, but there is almost no downside, and I might as well play it as safe as you can go.”

Victor said his decision was informed by more than two decades of experience working in tech. As an engineering leader, he cofounded companies that successfully exited to larger competitors. He’s worked for early-stage startups, as well as larger enterprises.

“It’s amazing that companies that give a huge amount of value to their employees in the form of stock options quite often don’t do a good job of explaining how it all works,” he said. “...Usually it’s like, ‘Hey, here’s a pool with sharks. Go swim, enjoy.’”

Victor said he chose Secfi because the company was so responsive, answering his questions quickly and providing him the information he needed to make the decision that worked best for his personal finances.

“Secfi was definitely the best,” Victor said. “I got responses immediately, it was amazing. ...For me, this whole process — from the first email to getting the stocks and the trust — took about two months. Looking back, I’m like, ‘Yep, this was a good decision.’”

This testimonial is not meant to be used as investment advice. The testimonial may not be representative of the experience of other customers and there is no guarantee of future performance or success.